Defcon XX was a blast, it was great to meet so many fellow geeks and hackers! I snapped a few cell phone pics of my live unRAID demo: 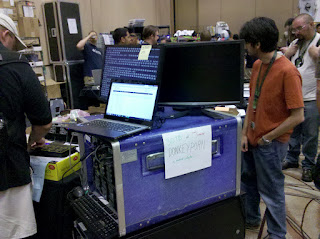 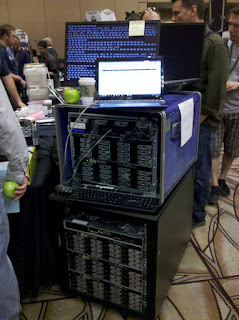 Alas, nobody took me up on my challenge to fill the 30 TB server by the end of the con, but someone did hack my WIFI router on several occasions, so that’s fun!

Defcon highlights for me were Michael Perklin‘s talk and Q&A session on Anti-Forensics and Anti-Anti-Forensics, the GTV Hacker talk on rooting the GoogleTV, the short-lived but delicious WhiskeyCon, and dancing my ass off to Infected Mushroom poolside at the Rio. Maybe now that the con is over I’ll finally have time to hack my badge! 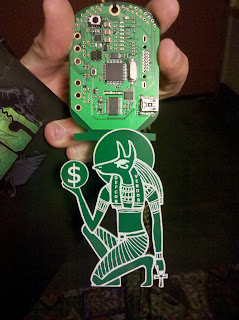 Check out the rest of the badges here. At the Unix Surplus booth I was awash in a sea of servers…. 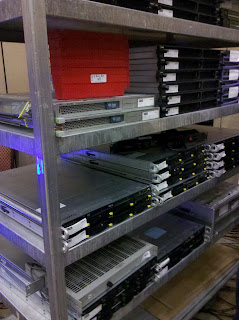 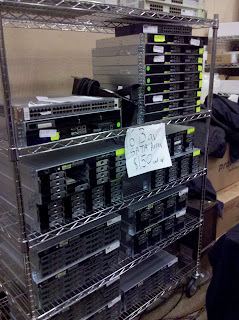 We’re working together to bring you a powerful new unRAID system at a bargain basement price. Here’s a sneak peek: 1U Server (Dual Core Intel CPU & 4 GB of RAM) + 3U 16 Bay Expansion for $1000 fully configured! Like us on Facebook and follow us on Twitter to be the first to hear about it!