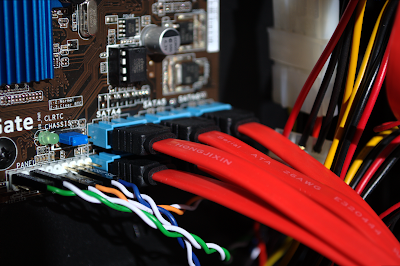 My latest round of 15 Drive Budget Board testing has been dragging on for months now! I’ve identified several motherboards incompatible with unRAID 4.7. In general, the NIC is the issue. For example, the Realtek 8111E NIC is widely known within the unRAID community to be incompatible in 4.7, yet nearly every motherboard manufacturer on the market is creating inexpensive motherboards that use this NIC. An incompatible NIC is easily replaced with a PCI or PCIe NIC (preferably Intel), but when you have to drop an extra $30 on a NIC, then it sort of defeats the purpose of a budget board, doesn’t it? Anyway, here’s the list I compiled many delicious moons ago of potential 15 Drive budget boards:

Most of those prices are likely to be obsolete by this point, and I’m sure some of the boards are discontinued as well. You can see from my notes that the NIC was my primary concern with each board. I originally tested the ASRock 880GM-LE as it had the best specs on paper, but unfortunately I received two defective boards in a row and had to RMA them. Two is my limit when it comes to defective hardware, so I returned the board for a refund and keep working through the list.

My next two choices were the Foxconn A88GMV and the MSI 760GM-P33. The Foxconn is still available today for $55, and the MSI board has been discontinued at Newegg, but is currently available on eBay. 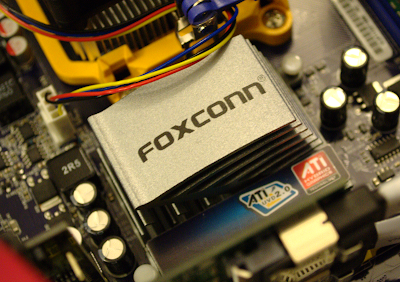 Foxconn A88GMV
This motherboard is well laid-out and offers lots of features considering the low price. VGA, DVI, and HDMI ports give you plenty of options for connecting a monitor for system maintenance, and the 6 rear-side USB 2.0 ports are more than enough. The AM3 socket works perfectly with the popular AMD Sempron 145 CPU, and 4 DDR3 DIMMS allow for up to 16 GB of RAM (the most I personally tested was 8 GB). A PCIe x16 slot, PCIe x1 slot, and two legacy PCI slots offer plenty of expansion opportunities, easily up to the 15 drive mark. The tech specs decry 5 SATA II ports and one eSATA port, but this is really just a bit of marketing fluff. There are 5 blue SATA ports and 1 white SATA port, all of which behave in exactly the same way. Calling the white SATA port an eSATA port is bordering on false advertising, since the motherboard has no rear eSATA port, nor does it come with a SATA to eSATA adapter. If your chassis has an eSATA port then you can hook it up to any of the SATA ports, not just the white one. I personally consider the board to just have 6 SATA ports and no eSATA ports.

Again, the biggest question with this board was the NIC. Both Newegg and Foxconn are decidedly vague about the actual make and model of the NIC, but based on the network driver available to download from the Foxconn site I determined the NIC to be a Realtek NIC, and chances are good that it is the Realtek 8111E.

I paired the board with an AMD Sempron 145 CPU and 8 GB (2 x 4GB) of G.Skill DDR3-1333 RAM. The motherboard passed nearly all tests with unRAID 4.7, including compatibility with the most common SATA Controllers, the Supermicro AOC-SASLP-MV8 and the Monoprice 2 Port PCIe x1. However, as expected, the board failed the NIC test. When transferring large quantities of data across the network, the connection would drop out, and sometimes CRC checks would flag corrupted data as well. The NIC did work, but it was unreliable. I therefore DO NOT RECOMMEND this board for use with unRAID 4.7. 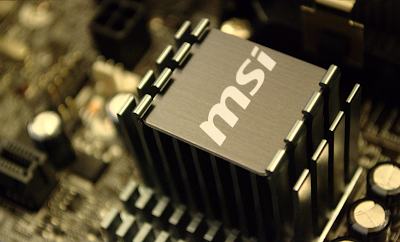 MSI 760GM-P33
This motherboard also has a decent feature set, with an AM3 CPU socket, two DDR3 RAM slots (max of 8 GB), a PCIe x16 slot, two PCIe x1 slots, and a PCI slot as well. The back panel options are definitely more limited, with only VGA for video and 4 USB 2.0 ports. The motherboard features 6 SATA II ports, two of which face upwards and four face sideways. These sideways facing ports can be an issue when installing the motherboard into a small form factor chassis. The Atheros AR8131M NIC was definitely the biggest unknown, as Atheros NICs are notoriously flaky in an unRAID environment. Forum research turned up this thread in which unRAID user Alex.vision reported issues with the NIC that were solved by replacing it with a PCI NIC. I also turned up this thread in which unRAID user chrishorton7 reported the NIC working in unRAID 5.0-beta-12a.

I installed the same Sempron 145 and 8 GB of RAM and ran the board through my tests, including testing the same Supermicro and Monoprice SATA controllers. This motherboard had nearly identical results as the Foxconn board. All tests with unRAID 4.7 passed except for the NIC test. Again, the NIC would drop off during transfers and was generally unreliable. I also DO NOT RECOMMEND this board for use with unRAID 4.7.

Back to the drawing board…
At this point there are only three boards left on the list that are still readily available – the Foxconn G41MXE, the GIGABYTE GA-M68MT-S2, and the ASRock A785GM-LE. The Foxconn is an LGA 775 board, which is a somewhat obsolete CPU socket type that I would rather avoid in a budget board. The Gigabyte is likely to have HPA issues. The ASRock board looks good on paper, although it does take older and more expensive DDR2 RAM. There aren’t any clear-cut reports of the board working well with unRAID on the forums, but I did come across this thread in which unRAID user TheStapler reported some odd errors that may or may not be caused by the motherboard. If I were to purchase a new budget board to test today, it would be this ASRock board. However, I believe I’m going to hold off for a bit because LimeTech has announced their plans to release unRAID 5.0 stable by the end of February! With this new information, I decided to retest the hardware I had at hand with the latest unRAID 5.0 beta (currently 5.0-beta-14) to check for compatibility. The only question was the NIC, since all previous boards had passed every other test.


Testing for unRAID 5.0 beta compatibility
I took the Foxconn A88GMV and MSI 760GM-P33 board through the gamut again to test for compatibility with the latest unRAID 5.0 beta, which happens to be unRAID 5.0-beta-14. I did skip several of the tests that wouldn’t be affected by the changes to unRAID. I focused on the tests that would matter – the parity sync, parity check, and the all-important NIC test. I’m happy to report that both boards passed all three tests with no issues what-so-ever. I fully endorse both the Foxconn A88GMV and MSI 760GM-P33 as solid choices for a 15 Drive Budget Build based on unRAID 5.0-beta-14. Given the availability and extra features of the Foxconn board, I think it is the clear choice. However, if you come across the MSI board (or maybe grab it on eBay for $40 or less), then I wouldn’t hesitate to use it either.

Given unRAID 5.0 beta’s maturity and imminent stable release, I think it makes sense to turn the focus of my budget board testing towards the 5.0 betas and away from 4.7. I will certainly test any new hardware with both versions of unRAID, but I may begin to change my criteria of what makes qualifies a budget board in the first place.

By the way, I also tested both the Beta Boards for compatibility with a 4 TB drive. Both passed. More on that later.

Quick addendum to this post: here’s another previous budget board I had laying around that failed the NIC test with unRAID 4.7 but fully passed all tests with unRAID 5.0-beta-14: The ECS 785GM-M7.  Pretty hard to find these days, so I doubt this board will help many people, but its the thought that counts, right? 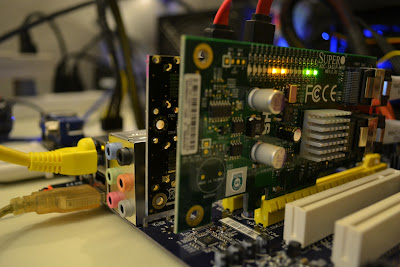