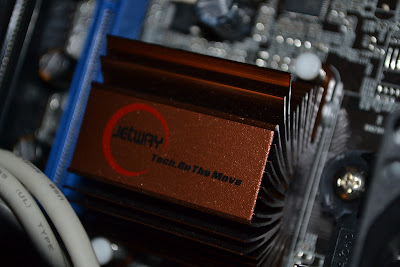 I love the diversity in the unRAID community.  Some users like to build frankenservers based on scraps and spare parts, others treat their servers like you might a fine wine; they are made of only the finest ingredients, and stored in a climate-controlled environment.  I strive to develop server designs to meet every user’s disparate needs at a price to match every pocketbook.  The keystone of any budget-minded build is an inexpensive yet capable motherboard.

During the 2+ years I’ve been an active member in the unRAID community, I’ve seen many budget boards come and go.  My favorites were the Supermicro C2SEE and the Biostar A760G M2+.  Both boards cost around $50, accepted very low power and efficient processors, and worked with inexpensive RAM.  The Biostar board was about 2 inches shorter than most microATX motherboards, which opened up lots of avenues for creative designs such as Queeg’s TinyTen, which packs 10 drives into a very compact space.

All good things must come to an end, and budget boards are no different.  We are in a new era of budget motherboards designed for HTPC applications.  The majority of today’s boards use the 880G chipset and have built-in HDMI.  Naturally little of this matters to the unRAID user, so we are constantly challenged with finding a motherboard that meets the perfect criteria for use in an unRAID server:

Small physical size is always a fringe benefit as well, as it allows for more compact server designs.  As we’ve had a bit of a dry spell over the past few months, I endeavored to find a new budget board suited for 15 drive or smaller builds as a labor of love for the unRAID community.  Once a suitable board is identified, I publish my findings in my Prototype Builds thread and in the unRAID wiki’s Recommended Builds section.  The purpose of this blog post is to document the process of the search, not just the results.
And away we go…
I started by zeroing in on only the motherboards that met or exceeded all of the minimum criteria.  The list was short indeed, only four boards made the cut.  They were:
I compared the various tech specs of all four boards and weighed them against their price.  The ASRock was the cheapest at $55, then the Jetway at $60, and the Asus and ECS boards were both tied at $70.  Not only was the ASRock the least expensive, but it also had the best match with the necessary criteria.  It was the clear choice, so I ordered the ASRock and put the rest on the back burner.
The ASRock board arrived promptly and just as quickly proved to be a big disappointment.  I was never truly able to test it for unRAID compatibility because I received a defective motherboard!  Twice!  Both the original ASRock board I received as well as its replacement simply would not POST.  I went through all the standard troubleshooting procedures, but the boards wouldn’t output any video or emit any beep codes even with different CPUs, RAM, PSUs, etc.  Enough hardware passes through my hands that I know I’m likely to see dead and defective components with some regularity, so I’m never put off by a DOA part.  Still, two DOA parts in a row is a bit much to stomach, so I gave up on the board after the second dud.  It is entirely possible that the ASRock board is the ideal unRAID motherboard, but unless somebody else wants to gamble on it, we may never know.
Going back to the list, the Jetway board was next in line as being less expensive than both the Asus or ECS boards. Spec-wise, the Jetway was the best choice.  The ECS board uses an Atheros NIC, which is notoriously troublesome with unRAID.  The Asus board looks good on paper, but I’ve had issues with Asus boards in the past showing odd and inconsistent incompatibilities with certain hardware, such as SATA expansion cards.
The Jetway board came with one small point of compromise – it featured only one PCIe x16 slot and no PCIe x1 slot, which sets it apart from every other board on the list.  If being used for a server that supports 14 or few drives, this would not matter one iota.  But for the popular 15 drive server design, that final drive would have to be relegated to the slower PCI bus.  I always aim to avoid using the PCI bus whenever possible, but in this case I decided to go with it.  While the PCI bus is considerably slower than the PCIe bus, a single hard drive is not capable of using up all of the bandwidth a PCI bus has to offer, so there would be absolutely no performance bottleneck.  If two or more drives were placed on the PCI bus, then I would expect some performance issues might be identified.  However, since my goal was a budget board that would support up to 15 drives, the lack of a PCIe x1 slot ends up being no big deal.
I ordered the Jetway board and got started on my suite of tests.  The purpose of these is to test the board for general reliability and hardware compatibility, as well as full compatibility with unRAID software.  My tests include:
The Jetway board passed all of the tests with flying colors.  I had no problems with it, not a single incompatibility or issue to report.  The board is Level 1 tested (I’ll post my results on this later this week).  I stopped here, there was no reason to test either the ECS or Asus boards as the Jetway was a better option anyway.  So I’m happy to announce that my latest recommended unRAID budget board is the JetWay JMA3-880GTV2-LF. 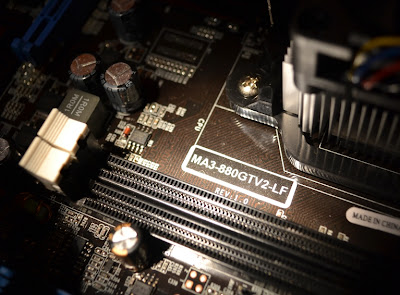 Ironically, the price of the Jetway motherboard has increased since I purchased it, so it is now on the edge of being too expensive.  It is currently selling for $77 after shipping, whereas I originally paid $60 for it.  Hopefully the price will come back down, or unRAID users can catch the board on sale.

3 thoughts on “The search for a new budget board”